We love the warm, toasty, and roasty flavors of winter – especially when it comes to beer. If you’re like us, then these are the local brews you’ll want to try this season! 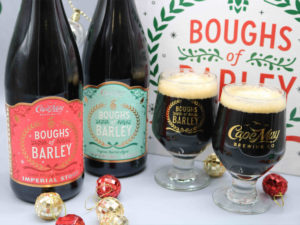 1. Boughs of Barley
Cape May Brewing Company, Cape May, NJ

This Imperial stout barrel-aged in Scotch whiskey and second-use Cognac barrels is a limited edition brew that’s available in Cape May Brewing Company’s Brewtique and at selected retailers throughout New Jersey and Philadelphia. 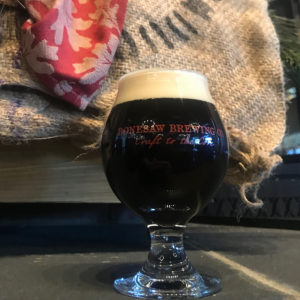 Now that the leaves have turned and fallen and the days are getting shorter and colder, the holiday season is here again. Bonesaw Brewing Co. made a Christmas ale to wrap up all the warm, familiar flavors and aromas into your cup of Cheer. This brown ale is studded with orange, cocoa, and winter spices. 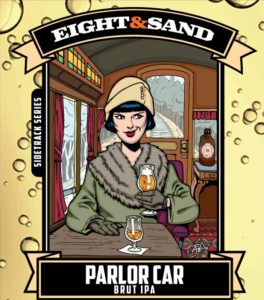 Parlor Car is a super dry, effervescent IPA with loads of hops to top it off. It’s a bubbly mouthfeel –  light body and low bitterness play exquisitely against the fruity, aromatic notes of the hops. Enjoy Parlor Car whenever you’re feeling fancy! 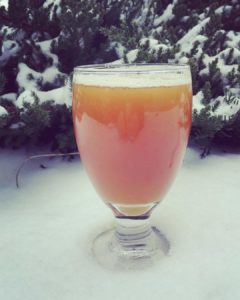 A balanced malt forward brew with a light hop profile. Spruce tips married with juniper berries make this a truly unique winter beer that warms you up like a hot raging river through the icy swamps of Jersey. 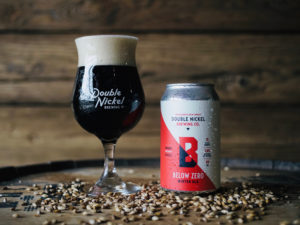 In frigid temperatures and roaring winds, it’s time to light the fire. Brewed with cinnamon and cardamom, Double Nickel’s delicious spiced brown winter ale will give a new meaning to surviving below zero. 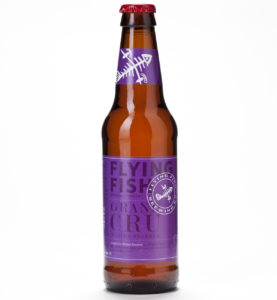 This Belgian-style strong golden ale showcases a variety of the ingredients and brewing methods that held differentiate Flying Fish beers. The Grand Cru is fermented at a higher temperature than their other beers adding an undercurrent of fruitiness and clover (although there is no fruit or spice in the beer). Grand Cru exhibits complex mouthfeel, strong malt flavors, a spicy hop presence and a soothing alcohol warmth, followed by a clean, dry finish. It is excellent with food, as well as served by itself. 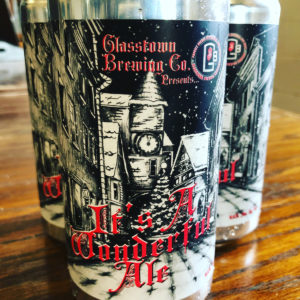 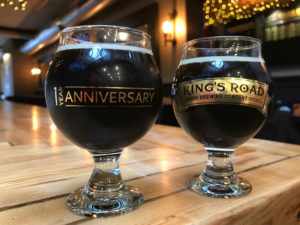 Russian Imperial Stout was first brewed in England for Emperor Peter the Great of Russia. King’s Road based their stout on the Gold Medal-winning recipe their brewer Matt Revier created and it’s being brewed to celebrate their one year anniversary! Higher in alcohol than traditional English Stouts, this beer is full bodied, rich and complex.