The Ritz Theatre Co. is presenting a Film Series showing diverse films that promise to bring special and unique experiences to our patrons.

Next up is Night of the Living Dead on Saturday October 13 at 7:30pm hosted by regional filmmakers Kent Green and Ernie Rockelman, of Emerald Productions, joined by Rowan University film professor and director Sean O’Leary.

Tickets are $12.50 which also includes a showing of the Project 21 Award Winning short film Ghost Light, (running time 10 minutes) shot at The Ritz Theatre in 2009, featuring several regular Ritz performers including Bruce Curless and Kumar Dari, a very talented actor who has had many leading roles in Ritz productions like Incorruptile and Rumors. Kumar also co-wrote Ghost Light with Kent and Ernie!

Night of the Living Dead is a 1968 American independent horror film written, directed, photographed and edited by George A. Romero, co-written by John Russo, and starring Duane Jones and Judith O’Dea. The story follows seven people who are trapped in a rural farmhouse in western Pennsylvania, which is besieged by a large and growing group of “living dead” monsters.

The film was completed on a $114,000 budget and shot outside Pittsburgh, where it had its theatrical premiere on October 1, 1968. The film grossed $12 million domestically and $18 million internationally, earning over 250 times its budget. Night of the Living Dead has been regarded as a cult classic by film scholars and critics, despite its being heavily criticized upon its release for its explicit gore. It eventually garnered critical acclaim and has been selected by the Library of Congress for preservation in the National Film Registry, as a film deemed “culturally, historically, or aesthetically significant.”

In Ghost Light the newly appointed house manager is instructed to take care of closing procedures at an old theater. The duty of putting out the coveted ghost light leads to an exciting adventure.

Kent Green has been writing and directing for 20+ years from the relative obscurity of his Southern New Jersey enclave. Despite this, his films have screened worldwide, earning several awards. He works at a university as their video producer, creating digital-first content, television promos, and documentaries. A bunch of these videos have also won awards and Kent shines the trophies every night before he goes to bed. When not working on creative projects or shining awards, Kent busies himself as a recreational cryptozoologist and anvil collector.

Ernie Rockelman has been an instructor of film at Absegami High School since 2005. He is a practicing filmmaker who has acted as screenwriter, cinematographer, editor and director on an assortment of film and video projects. His works have received honors from such organizations as The The Red Bank International Film Festival, Fangoria TV, The Eerie Horror Festival, The Terror Film Festival, Projecttwenty1 and The Glasstown Arts Festival. Outside of his artistic endeavors, Ernie’s leisurely pursuits include an exploration of the changing aesthetic qualities of media. His affection for cinema was utilized by The Press of Atlantic City where he worked as a movie critic for over five years. He currently writes horror reviews for the online entertainment site, GEEKADE.

Sean O’Leary is a film professor at Rowan University and has also directed some short films, including The Last Drive In, an award-winning documentary about the last drive-in in NJ shutting down.

Saturday October 13 promises to be yet another unique, entertaining, and culturally stimulating evening at The Ritz Theatre Co.!

Night of The Living Dead at The Ritz Theatre Co. 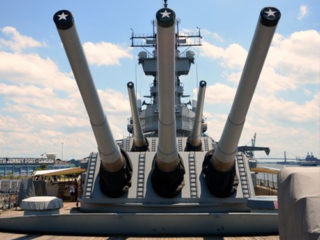