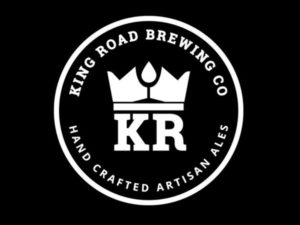 A historically dry South Jersey town has given one nanobrewery the OK to open and operate.

Haddonfield has been a dry town by law since 1873, but it’s made strides in the past few years to slowly shed that distinction during a time when consumer interest in craft beer and spirits continue to increase nationwide and locally.

King’s Road Brewing Co. has gotten the OK to open up shop in Haddonfield, New Jersey.

In 2014, Haddonfield officials notably approved an initiative called the Alcohol Management Plan for Retail Outlets, in which restaurants were allowed to offer wine by leasing a portion of their business only to New Jersey-based wineries.

Yard House, Outback Steakhouse set opening dates, to replace former Sears Auto Center at KoP Mall
The South Jersey town continues the initiative through its Haddonfield Uncorked event, which began in 2014 and will take place this Saturday from 1-4 p.m.

The next move in becoming a little less dry came Tuesday with a 10-1 vote to allow nanobrewery King’s Road Brewing Co. to establish operations in Haddonfield.

NJPen.com reports the nanobrewery was given the OK Tuesday night, when the borough zoning board “certified its operations as a zoning-compliant retail use within the borough central business district.”

King’s Road Brewing Co. can now proceed with its license application to the state division of the Alcoholic Beverage Control, NJPen.com reports. The brewery is aiming to open this fall at a 880-square-foot facility at 127 Kings Highway East.

GoPuff, Flyers launch ‘win-win-win’ on-demand service for fans
It will have a 3.5-barrel brew system that can produce about 180 gallons of beer a week for on-site consumption, NJPen.com reports.

The brewery will most likely not serve food on premises due to New Jersey liquor laws, which bans food cooked on site, live TV events and electronic games.

New Jersey breweries, however, have found ways around the restrictions by allowing customers to bring food in from outside establishments, which seems to be King’s Road Brewing’s goal.

Why Spark’s CEO says 2017 may be a ‘historic year’ for his gene therapy company.