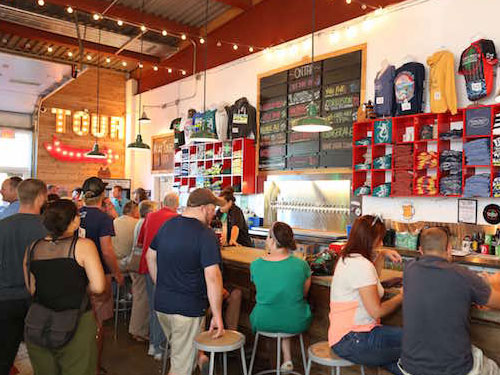 Beautiful beaches. Bruce Springsteen. Donald Trump’s boardroom hair. New Jersey has many claims to fame, but since Cape May Brewing Company hit the scene, the oft-ridiculed Garden State’s got one more. College buddies Ryan Krill and Chris Henke ditched their corporate day jobs, and launched CMBC at the Cape May Airport in 2011 with one client and a 12-gallon brew house. But good news travels fast along the parkway wireless, and now the brewery is home to the largest tasting room of its kind in the state, its own bottling line, and a system capable of churning out 15,000 delicious craft beer barrels a year. The latter CMBC is going to need, as demand is increasing throughout Jersey and Pennsylvania with hundreds of accounts serving their brews at the ready. The goal? To put south Jersey’s craft beer scene on the map… and that’s a lot sexier than the Donald’s combover. Check them out everyday between 11am and 9pm for tours and tastings — it may even keep you from talking smack on Jersey.