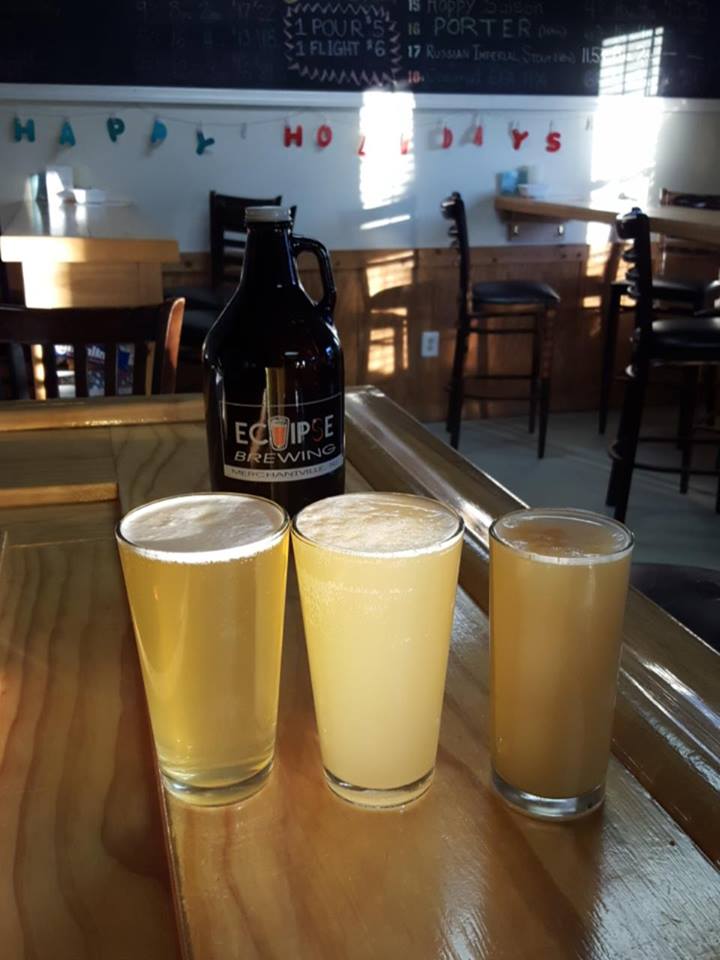 It's a rare day when you walk to the backyard of an attractive business and see beautiful green Centennial hops climbing a trellis. But that's just what you'd expect after meeting a fun-loving man named Chris Mattern, owner of the "tiny" brewery, Eclipse Brewing. He's a man who enjoys the simple things in life, like horticulture and homebrewing. On October 8th, 2016, Chris did something he's always wanted to do, an idea sparked by his wife Beth; he opened a craft brewery in Merchantville, New Jersey. And though small, perhaps one of the smallest in the state, the beer at Eclipse Brewing is big on taste.

After looking for a suitable location, Merchantville emerged as a winner, a town that had lots of appeal but needed the foot traffic and pep of a craft brewery. Indeed, the addition of Eclipse has forged relationships between the brewery and several restaurants through what Chris wittedly calls "cross-pollination." The quaint, house-style brewery is close to many restaurants of different cultures, including Japanese and Indian, as well as higher-end restaurants. Grab a growler before trying one, or get some takeout to bring into the tasting room. Everyone benefits, especially you.

Eclipse, though tiny, brews enough beer to fill seventeen taps. Try one of their IPAs. There is usually more than one delicious style on tap. Though the taps change, you might be lucky ti try the Peach Jalapeno Wit, with just enough wow factor to taste the pepper without burning the tongue, or maybe you'll get to drink the delicious Coconut Cream Ale. There is usually something with coconut on the tap menu.