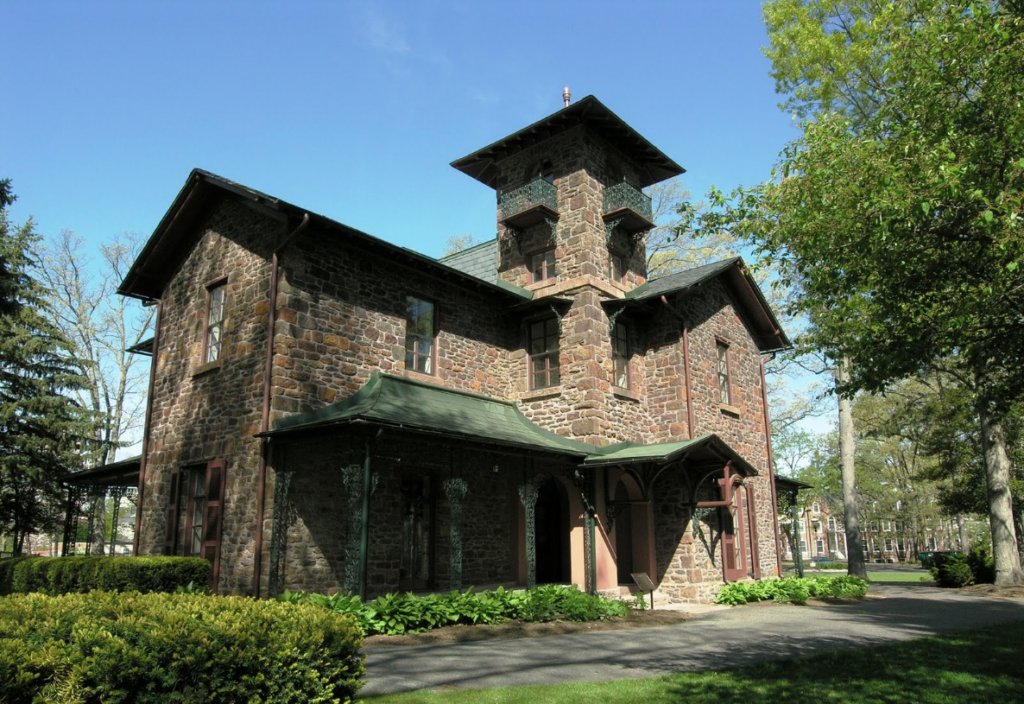 In 1842, The Whitney Family established Whitney Brothers Glassworks.  This was part of South Jersey’s strong history and deep roots when it came to glassmaking. The company became the largest and most successful of the South Jersey glass houses. In 1847, upon returning home from his tour of Europe, Thomas Whitney built a mansion in Glassboro on a 100-acre lot and inscribed his name and the year 1849 on a stone set on the mansion’s tower. He also developed his grounds as a landscaped park. The property stayed in the Whitney family until the early 1900s.

Much work has been done in the last few years to restore and preserve the 19th-century mansion. After three firms specializing in historic preservation concluded Hollybush was no longer suitable as a home, Rowan began undertaking the renovation needed to make it into a meeting space.

In 2003, Rowan undertook $3 million in foundation, structural, exterior and interior work at Hollybush, including such tasks as replacing the roof; stabilizing the foundation; installing new heating, ventilation, plumbing and electrical systems; repointing stone; reinforcing the tower; and restoring and conserving significant decorative features. Specialists also conducted a paint analysis of the interior and uncovered decorative ceiling painting in the parlor and library, a unique find in historic houses in South Jersey.