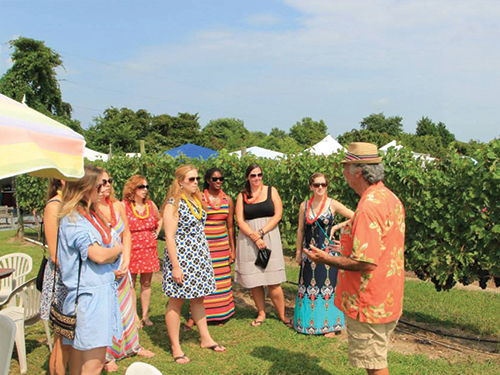 Alfred Natali is the winemaker and founder of Natali Vineyards. Once a man of Wall Street, Al designed telephone circuits as a network engineer for the brokerage industry. A historian by training, Al was a professor at the City University of New York. His dissertation research in France and Italy introduced him to the dry red wines of the Mediterranean region. Born in Philadelphia of immigrant working class parents, Al moved to South Jersey as a youngster. He spent summers in Wildwood and Atlantic City with his retired grandparents. He noticed that coastal summers hailed cool breezes. Sandy soils drained quickly even after a thunderstorm. Autumn frost held off until November and winters were mild. When a Rutgers professor said, "You can grow vinifera in Cape May," Al was inspired. Vitis vinifera is the grapevine of French and Italian wines, the ones Al remembered from Europe.