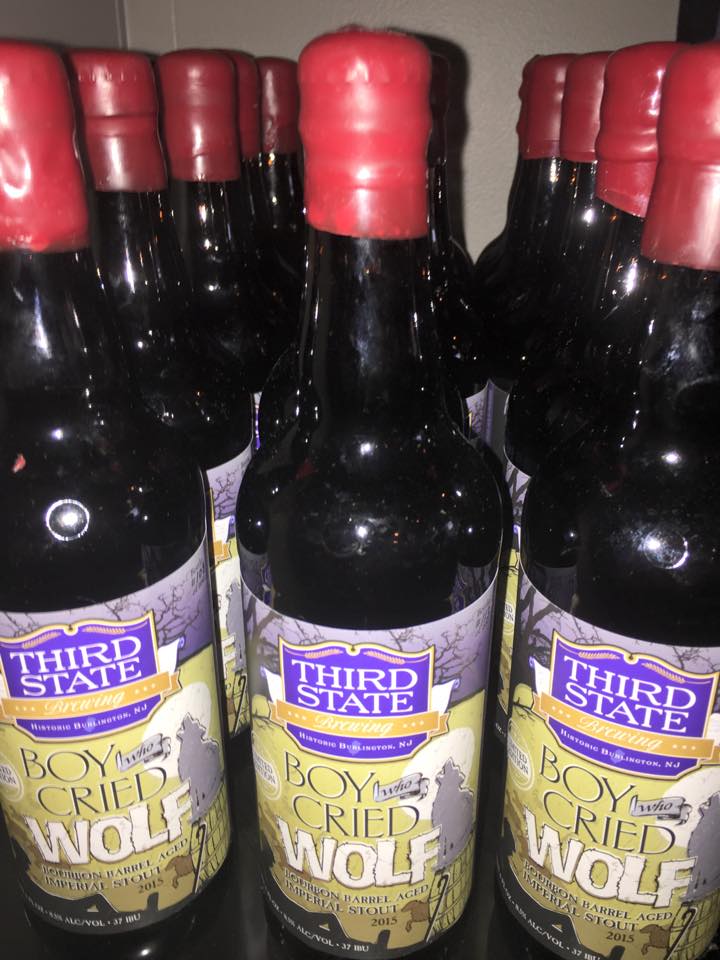 What do the first murder trial, second largest port in the new world, the oldest brew house in New Jersey, Ben Franklin, Ulysses Grant, and Isaac Collins have in common? They were located in or walked the streets of Burlington, NJ, a town whose vision for revitalization is accelerating by the day. This town with wide brick sidewalks is wonderful, with new businesses bolstering the downtown and interesting history everywhere. One such addition to the landscape of this charming town is Third State Brewing, located only two blocks from the Delaware River, and appropriately named for New Jersey being the third state to ratify the constitution.

Homebrewers Jay Mahoney, John O'Brien, and Bill Pozniak opened Third State Brewing in June of 2015. The three met at the homebrewing club called Barley Legal; please note the first part of the playful name is a grain. It takes a sense of humor to name all things beer related and also to brew it, especially if you scorch your second batch and have to throw it away. Good thing Jay, John, and Bill can chuckle at the trails and errors of 'raising' a brewery. We all benefit from their diligence and desire to brew great beer in this exciting microbrewery.

After searching for a location for a year and a half, the three found the perfect building in an old Farmers & Mechanics bank in Burlington, situated in the desirable downtown. The large space allows for a beautiful, high ceiling tasting room, as well as an impeccably clean back brewing area where Third State brews a spectrum of beers including lagers, IPAs, saisons, and stouts. Their flagship Boris the Younger Black Rye IPA, a black beer with just enough rye to pleasantly sting your tongue, is really, really good. The Pour Visibility, a New England IPA is another excellent choice. Made with Mosaic and Amarillo hops, it is sure to beg a second round. For the stout lover, Russian Imperial Stout is a great choice, a heart stout with a vanilla dash, and for porters, go for the Yorkshire Tenth.