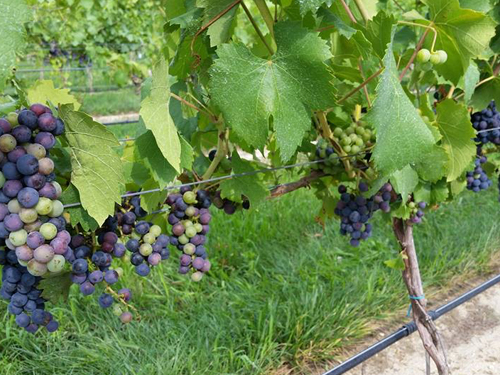 Welcome to the Vintage Atlantic Wine Region. I suppose the first question to address is where exactly are we? This region contains the wineries and wine trails that surround the Delaware Bay and the lower Delaware River, south of Philadelphia. This includes Southern New Jersey, the Brandywine River Valley of Southeastern Pennsylvania, all of Delaware and the area along the eastern Chesapeake Bay.

The next question that one might ask is whether wine making is a new enterprise for this region. The answer to that is a little complicated. The short answer is no. In fact, this region has some of the oldest grape growing and wine making traditions in this country. The region is home to six wine trails and over 40 wineries in a ninety mile radius – a region roughly the size of the Finger Lakes in New York State. These trails and wineries have been developing in relative isolation from one another despite their obvious commonalities as a result of nothing more than the political boarders that arbitrarily divide them. In point of fact, the Vintage Atlantic Wine Region has existed for many years – it is only now that we are recognizing it and giving it a name.

Fact is, what these wineries have in common are the things that really matter when you talk about wine – similar climate, similar soil, similar growing seasons, the ability to grow similar grapes and, ultimately, the geographic proximity that make all of us collectively a destination for wine lovers. This is not to say that the wineries and trails in this region are homogenous – far from it. Each part of this region has its own unique character and charm.