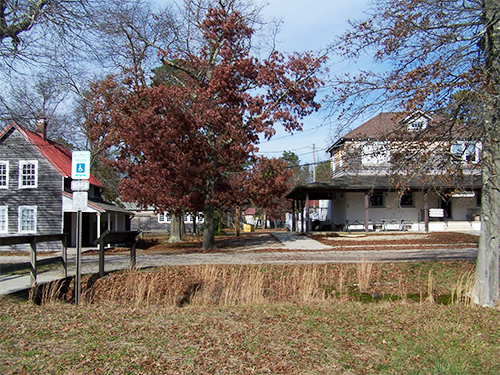 Whitesbog Village is an early 20th century company town and agricultural community. In the early 1900’s, Whitesbog was the largest cranberry farm in New Jersey. Its founder, Joseph J. White, was a nationally recognized leader in the cranberry industry. In 1916, Elizabeth C. White collaborated with Dr. Frederick A. Coville of the U.S. Department of Agriculture and successfully developed the first cultivated blueberry here at Whitesbog.

Whitesbog is an important part of New Jersey history and the history of the blueberry and cranberry culture in the United States. It is listed on both the National and State Registers of Historic Sites. Whitesbog includes the village and the surrounding 3,000 acres of cranberry bogs, blueberry fields, reservoirs, sugar sand roads and Pine Barren’s forests.

Whitesbog Village’s grounds are open from dawn to dusk, 365 days a year, as part of the Brendan T. Byrne State Forest. The Village buildings are only opened for scheduled events, pre-arranged tours and by special request. Consult our calendar of events for dates and times, or call the office (609) 893-4646 to schedule a special visit.