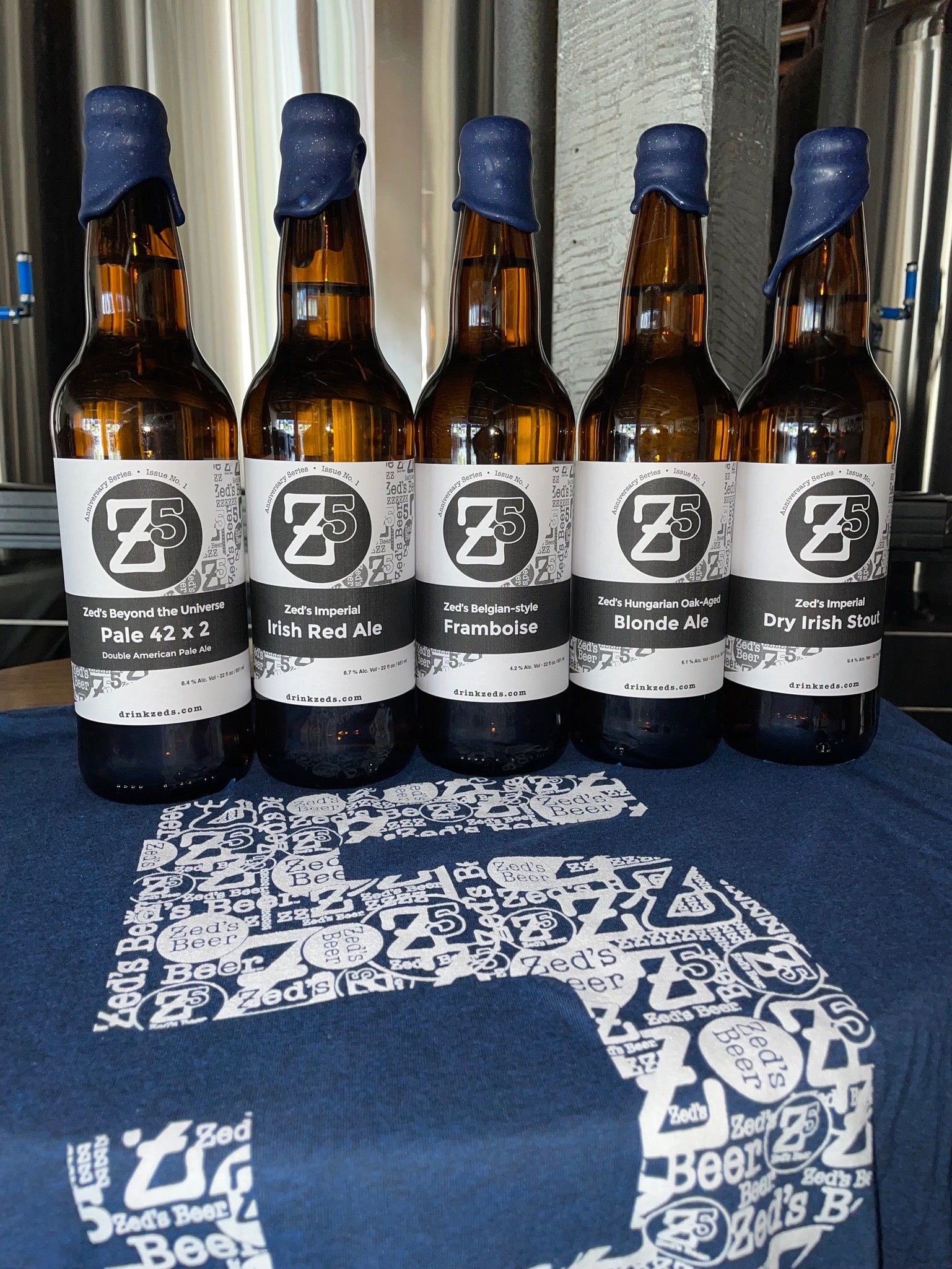 Zed’s Beer/Bado Brewing will celebrate its fifth anniversary on 9.9.22. Marlton’s only craft brewery will kick off a celebration that will run through the rest of the year with limited edition specialty beers, a party, and commemorative glassware and merchandize.

Anniversary Series – Limited Edition Bottle-conditioned Beers
Of course, at Zed’s the beer comes first and a special anniversary deserves a special commemoration with limited release beers. Zed’s will sell a subscription for a series of five small-batch releases, sold in22-ounce bottles exclusively to subscribers. The Anniversary Series consists of:

• Zed’s Beyond the Universe—Pale42x2 double American Pale
• Zed’s Imperial Irish Red
• Zed’s Belgian-style Framboise
• Zed’s Dry Irish Imperial Stout
• Zed’s Hungarian Oak-Aged Blonde
The bottle-conditioned beers – with beautiful labels designed by Zed’s beertender Taylor Migliaccio – will be numbered and hand-signed by Bado. The first of the series will be available 9.9 with new ones to follow every 4 weeks through the end of the year. Subscriptions are available online only for $100 and include an exclusive anniversary logo polo shirt.

Zed’s will open early on 9.9. to mark the occasion, with doors at 19 N. Maple Avenue opening at 3 PM and closing at 10 PM. Seating is available in the tasting room as well as on Zed’s Front Porch. As part of the evening’s festivities customers will enjoy:

• Specialty giveaways each hour, starting at 4 PM
• A good old fashioned stein holding competition at 6 PM, with the winner eligible to go on to compete in the NJ state competition
• Live music with Brian Sappio starting at 6:30

The party will also mark the return of Zed’s Original Märzen, a Hungarian-style lager inspired by the brewery’s namesake, Zed himself. The recipe for the beer was designed to use ingredients such as European grain, yeast and hop varietals that would have been available to Zed when he brewed back in the late 1800’s. Plus, by popular demand, there will also be a limited run of Zed’s at the Party Birthday Cake beer. Known as Zed’s “glitter beer,” this special occasion ale won’t last long.

Commemorative merchandise will be on sale while it lasts, including an anniversary-logoed 16-ounce pint glass and tasting glass (the third in the 2022 tasting glass series) and two styles of T-shirts featuring special anniversary artwork.