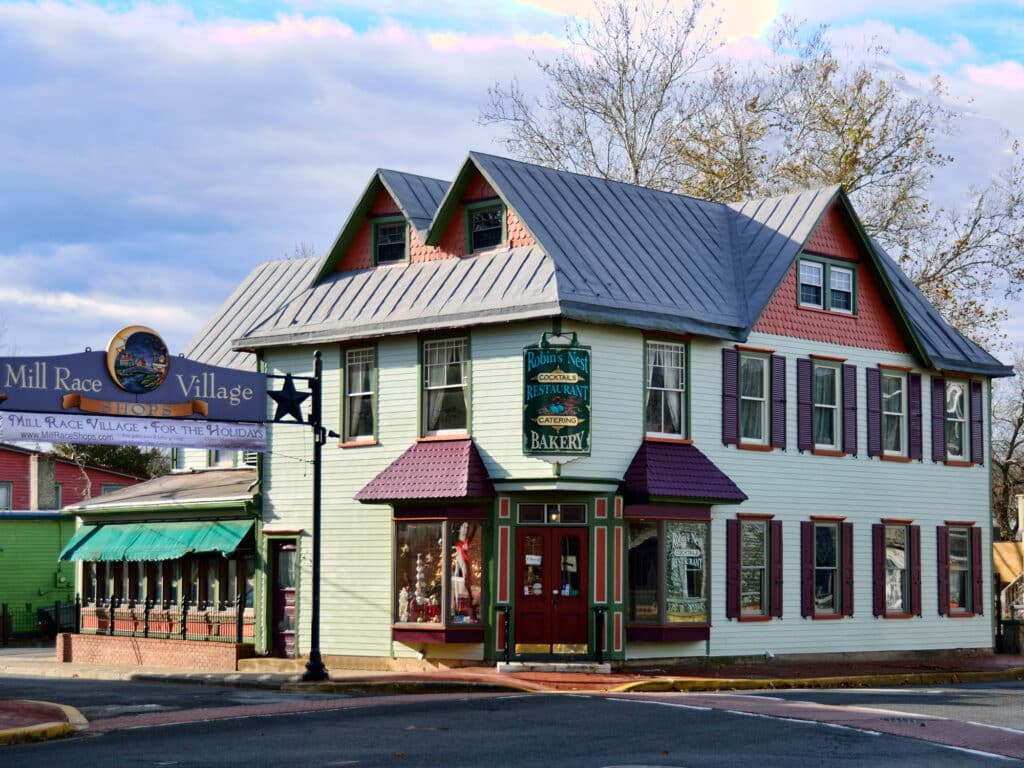 The Robin’s Nest inspires all the warmth and comfort of a neighborhood café while embracing a casual elegance worthy of intimate private events. In 1986 Robin Winzinger, one of six children in the Winzinger family, was working as a pastry chef in the cramped basement kitchen of a cheese and pastry shop in Haddonfield. Her dream of having her own bakery and small cafe came true when her mother, JoAnn Winzinger, purchased a rundown building in the center of downtown Mount Holly. The building was a closed vacuum repair shop which would need to undergo a massive restoration to both return the building back to its nostalgic roots, the building housed Mayer’s Bakery in the early 20th century; and, to outfit the property for its new life as a restaurant, bar, bakery and catering facility.

As head chef Robin is passionate about exploring recipes that will compliment her eclectic American menu of artisanal entrees. Robin’s Nest has an onsite bakery starting every baking project from scratch. Robin works with the pastry chef so that both the bakery and kitchen have offerings that work for all Robin’s Nest visitors with food limitations, while also celebrating the ingredients available locally from Robin’s Nest’s farming, fishing, distilling and brewing partners.

Robin has made dining at Robin’s Nest a pleasure for the palate while JoAnn has made it a feast for the eyes. But one of the delights of the property is that it sits where the Rancocas Creek meets the Mill Race. The Mill Race is a waterway branching off the Rancocas that was hand dug before the Civil War, deep and narrow, so water would race through the passage and create the energy needed to run the mills. So whether visitors are taking in a summer salad outside on one of the multiple patios or a hearty winter soup inside by a window seat it is easy to watch the water and wildlife frolic past.