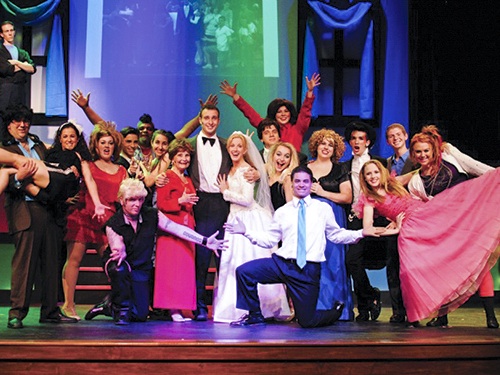 The Grand Theatre has a rich history in Williamstown. Built in 1924, it has been the site of many vaudeville shows, silent movies, feature films, and now the home of The Road Company.

Owned and operated by the Lanzalotti Family until 1968 when Oscar and Violet Benedetti purchased the Grand from her sister, Eleanor and Charles Lanzalotti. The Benedetti family lived above the theater and operated an ice cream shop in one of the store fronts. The theater was purchased by local electrician, Don Trucker, in the late eighties from the Benedetti family. Tucker spent much of his youth congregating with pals in the Grand. His great aunt played the organ back in the days of the silent film and later his father ran the projector. Those were the days when you could see a show and then walk right across Main Street with your date for a soda at the Fountain and Drug Store owned by Bill Woods.

It's a very different picture today with the modern multiplexes housing as many as 16 big screens, refreshment stands, and coffee franchises. So much has changed over the decades.

Center for the Arts in South Jersey

Perkins Center for the Arts