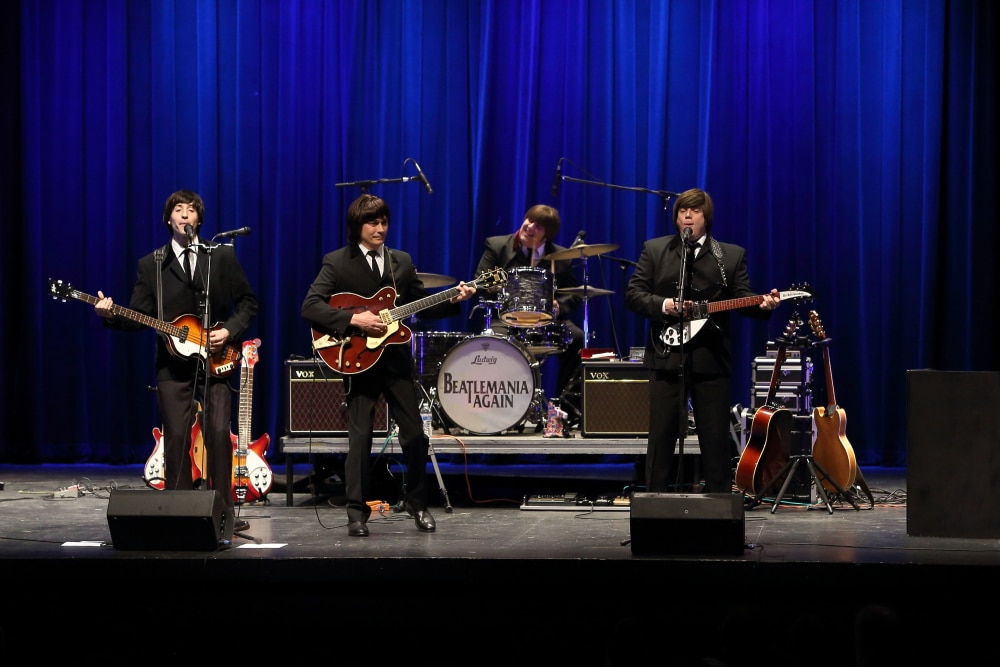 Now in 2023, BEATLEMANIA AGAIN relives the music, the magic, and the mania of The Beatles live on stage. The show chronologically traces The Beatles’ career from their debut on the Ed Sullivan Showing in 1964 to their psychedelic era and the release of the mind-blowing “Sgt. Pepper” album to their last-ever live concert on the rooftop of Apple records in 1969.

BEATLEMANIA AGAIN takes audiences on a musical journey back in time, featuring over 30 of The Beatles’ greatest hits performed live on stage. In addition, the show features three amazing costume changes throughout the performance as well. To add to the authenticity, BEATLEMANIA AGAIN uses the same musical instruments that the Beatles used in the 1960’s such as Hofner Bass Guitars, Rickenbacker Guitars, Gretsch Guitars, Vox Amplifiers, and Black Oyster Pearl Ludwig Drums.

The show has excited audiences throughout the United States and Canada and has shared the stage with highly talented artists such as BJ Thomas, The Grass Roots, The Lovin Spoonful, Chubby Checker, and many more! The universal appeal of The Beatles music makes the BEATLEMANIA AGAIN show the perfect entertainment choice for any event.

Tickets will be sold at the box office one hour before showtime. House opens at 6:30. An additional $5 fee will be charged per ticket for all sales at the door.