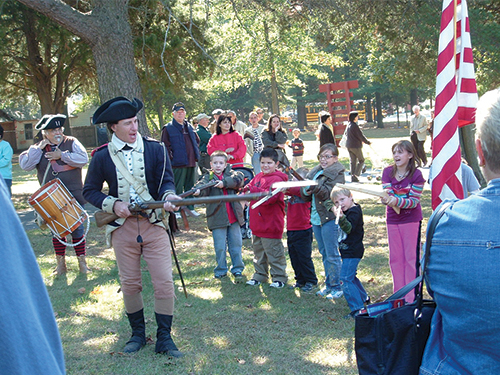 The James and Ann Whitall House and Fort Mercer at Red Bank Battlefield is located on the Delaware River in Northeastern Gloucester County. The House, built in 1748, is a fine example of 18th Century Georgian architecture. Lived in by the Whitall's for 114 years, it was the center of life on the 400-acre Red Bank Plantation that once occupied the site.

During the Revolutionary War, the Battle of Red Bank was successfully fought at Fort Mercer which was erected by the Americans north of the House. The battle was decisive for American troops and a great morale booster for American forces (the second victory after the one at Saratoga, New York, three days before). Afterwards, the wounded were brought into the House which was converted into a hospital for all those wounded in battle. Mrs. Whitall, who had remained behind, tended the wounded and gained a significant place in American history. On November 19th, the Fort was destroyed and Americans moved on. The Whitall's, forced to vacate also, returned on April 20, 1778.

The park is open every day from sunrise to sunset! There are no admission fees.