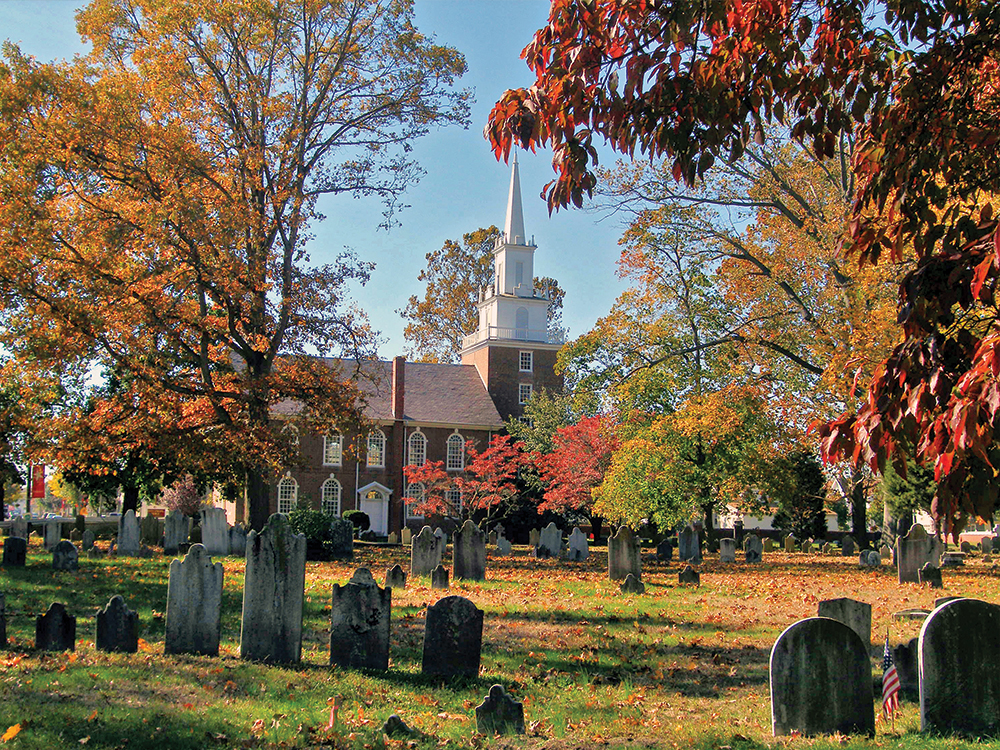 In 1638, a small group of people from Sweden landed at a site in Delaware now know as Wilmington. Three years later, Peter Hollander Ridder, the second governor of New Sweden, as the settlement in the Delaware Valley was called, purchased form the Indians the entire eastern side of the Delaware River from Raccoon Creek to Cape May. The first settlement by the Swedes was here on the banks of the Raccoon Creek in 1642, originally named Raccoon and later Swedesboro.

To attend church, the Swedish settlers in Raccoon had to cross the river to Wilmington or Philadelphia. The danger of this crossing, together with their feeling that they were poorly treated by the Swedish authorities on the other side of the Delaware, and the arrival of an energetic new preacher, Lars Tollstadius, led to their decision to build a new church on the banks of Raccoon Creek, near the new bridge for Kings Highway, which led from Burlington to Salem. In 1703 they purchased 100 acres along the Raccoon Creek and on part of it established their own log church in 1703, the first Swedish church in New Jersey.