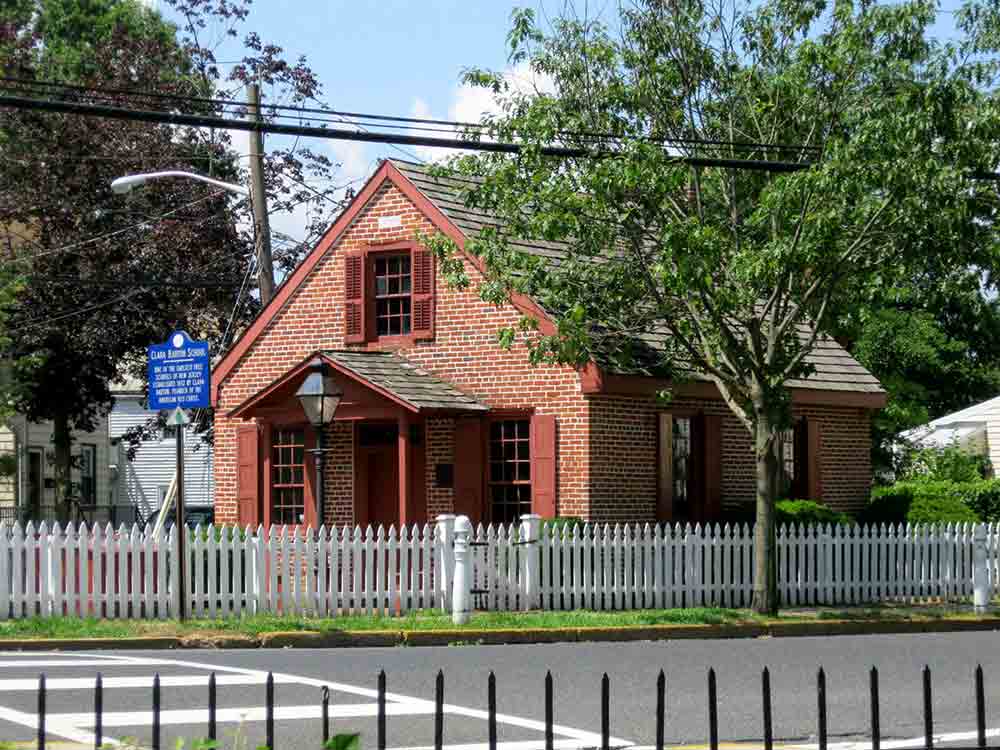 A visit to Mary Norton in New Jersey changed the history of public education in New Jersey. A social visit to Bordentown made an impression on Clara; looking around the streets she saw “idle boys. But the boys! I found them on all sides of me. Every street corner had little clarabartonschoolhouseknots of them, idle, listless, as if to say what shall one do when they have nothing to do?”

Clara immediately sought out the chairman of the school committee and asked for an interview. Laws existed in New Jersey for free public education but were never implemented. There were plenty of private schools and pauper schools but neither alternative offered an opportunity for most of the children of the community.

Clara was given a ramshackle one room school house, on the first day six children showed up for school. They spent the first few days cleaning up the school house and getting it ready for children. She started the program in 1852 with six children and very little else, by 1853 there were over 600 children in the program, receiving lessons from teachers housed in locations all over the city. A bout of laryngitis kept her from her classroom for several months, in the interim the school committee appointed a man as principal of the new program Clara created.